Cradle of the American Revolution for its independence from the United Kingdom, Boston is full of museums, libraries and important historic buildings that testify to the origins of one of the oldest cities in the country founded by British settlers in 1630.

Boston is considered the capital of culture and knowledge in the United States since Boston is home to prestigious universities such as Harvard or the MIT Massachusetts Institute of Technology, as well as art schools, laboratories, conservatories and important banks and financial institutions. Likewise, its port is one of the most important on the East Coast. For these and other reasons, a trip to Boston from New York is one of thethings to do if you spend about 15 days in the city of skyscrapers. 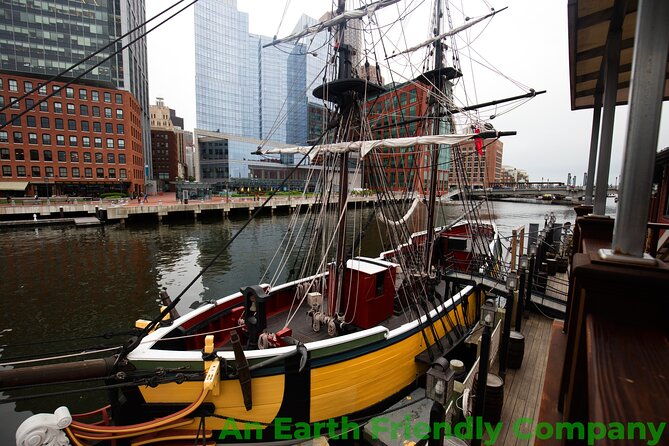 Boston and the Freedom Trail Day Trip from New York

The best of Boston, in one day

Enjoy one of the most emblematic cities in the United States with an expert guide. You will also visit Harvard and MIT.

If you want to know the capital of Massachusetts but do not want to worry about the transportation you have to take, a very comfortable and recommendable option is to take this day trip to Boston with a visit to Harvard and MIT From $ 163

Boston is about 350 km from New York, so the adventure starts early, at 6:30 AM when the group of no more than 50 people meets at the meeting point in Midtown Manhattan to set off for Boston with the guide in a comfortable minivan. Ahead of you lies an approximately 4-hour drive along the Connecticut coastline, which with the Wi-Fi in the minivan and the beautiful scenery along the way, is made even shorter. I'll tell you in advance that you will go through downtown, the famous Freedom Trail, the Queency Market, Harvard and MIT, although I'll tell you more about the tour later. Lunch is included.

Why I like this option: This is the most economical and comfortable option to visit Boston on a guided tour. Accompanied by an expert guide, you will tour the essential points of the city and return to New York the same night. It's that easy and convenient.

Recommended if .... you want to take a break from your trip to New York to visit another of the most important cities on the East Coast of the United States.

How long is an organized tour to Boston from New York?

Tours to Boston from New York take 11 to 13 hours including travel time. This means you will have about 4 hours to see the city, most of the time as part of an organized tour. The drive, which you will do either by bus or luxury minivan, takes about 4 hours (not very long considering the great distances the American cities are separated by).

My advice: maybe taking an organized tour will take you a little longer than on your own because you have to take into account, for example, the stops you will make along the way. However, it is worth it because, by going with an expert guide, you will make the most of your time in Boston and you will see much more than you would if you chose to travel on your own.

If you are new to the city of Boston, an organized tour from New York is an ideal option to get a first impression of the city. In addition, on such tours you will also have time to go at your own leisure and choose where to have lunch.

How to get from Boston to New York on your own?

Perhaps you prefer not to stick to a specific day and time to visit Boston during your visit to New York. However, just because you're not a fan of organized tours doesn't mean you can't make this getaway. I will briefly tell you about the transportation options available to you so that you can choose the one that best suits your travel plan:

What will you see on organized tours to Boston from New York?

Within an organized tour you have a fundamental advantage: you don't have to think about what to see once you arrive in Boston since the tour guide will take you directly to the most relevant places. This way you will get a complete picture of the city without having to plan your time in the city in detail.

Visit to MIT and Harvard University

This Boston tour takes you to Harvard University with its Harvard Yard campus (the oldest part and heart of the campus, a green space with elm and pine trees that contrasts with the urban character of the adjacent Harvard Square) and the great Widener Library (whose holdings comprise one of the most comprehensive collections in the humanities and sciences in the world). There will also be time to visit the Massachusetts Institute of Technology (MIT).

The guided tour of the city center

Once downtown you will visit places of interest such as Trinity Church, the finest example of Richardsonian Romanesque architecture located in Copley Square. Then the Boston tour continues with a walk along the historic Freedom Trail that starts at Boston Common Park and runs through Downtown on a 4-kilometer route to the harbor area and flagship USS Constitution.

It is a commemorative trail bounded by a red brick line that leads to the 16 sites that played a key role in the American Revolution for independence. In Boston Common Park, where the Freedom Trail begins, there is a visitor center where you can get some maps and extra information to complement that offered by the guide during the activity.

You will learn anecdotes and legends about this episode of American history while admiring the architecture of colonial buildings very important in the development of events such as:

The best place to get the full experience in historic Boston is Quincy Market, the oldest market in the city (1800) which has a multitude of stalls and carts selling delicious dishes (pasta, hot dogs, sandwiches, noodles ...) although the star dishes of the city are the clam chowder and lobster roll. This market is right in front of Faneuil Hall and in the open spaces of the area you can relax while enjoying the shows and street art.

The Tea Party Ships and Museum

The last stop of this Boston excursion is the Boston Tea Party Ships and Museum, a floating museum where the episode that lit the fuse for the revolution against England is explained with actors - a fun experience! Finally, after several hours in Boston, it's time to end the tour and board the minivan to return to New York.

Lunch stop and free time during the organized excursion

The Freedom Trail route in Boston is a long one, so at midday there is a break for lunch and to recover your energy. Do you want to know what you can see during your free time in the city?

If you want to leave the hustle and bustle of the Big Apple but you still don't know which is your destination of choice, I recommend you to take a look at this practical guide I have written about the best excursions you can do from New York. Here you will find all the options that exist, but my favorites are the trip to Washington, the excursion to Philadelphia and the visit to Niagara Falls.

Therefore, I have written a chronicle of my experience, analyzing the best organized tours to these destinations in the following articles: